Beneath the Tides (Sunken Shrine)

Beneath the Surface (Sunken Shrine)

Sunken Shrine is an area in The Messenger. It is a shrine that was built eons ago to worship Guardian Gods, but it eventually sank into the ocean.

The west side of Sunken Shrine is accessed from Howling Grotto's underwater maze.

Sunken Shrine is a blue-gray ruins with rubble and coral scattered about. The sun and moon symbols are etched into a few walls, and an orange sun symbol and a blue moon symbol rest at the top of various pillars throughout the Sunken Shrine. The shrine itself is underwater, so water pours into the shrine and floods many rooms. Clear windows with elegant frames reveal the ocean background, and unique to 16-bit are fish swimming in the ocean background.

In the upper-right section of the Sunken Shrine is an empty room with a shop checkpoint. Below this shop checkpoint room is a room with four rotating sawblades moving clockwise, and a Siroi. Head underwater to the lower-right corner of the room and swim right into the next room, which contains a circular time rift and two horizontally-moving vertical spike platforms. Use the time rift to change from 8-bit into 16-bit, which reveals a northern pathway into the Power Seal room. Enter the Power Seal room, and avoid moving spike platforms and a Siroi while maneuvering towards the Power Seal.

In the lower-right section of the Sunken Shrine is a checkpoint just above an underwater spike-lined crusher block. Wait for the crusher block to retract, head underwater to the lower-right corner of the room, then swim right into the Power Seal room. Use the Lightfoot Tabi and Cloudstep the lanterns while avoiding spikes, sawblades, and the death gaps to reach the Power Seal.

In the lower-left section of Sunken Shrine is a shop checkpoint at the very bottom of a tall room, preceded by three Bouncing Dogos. Head to the lower-left corner of the room, then crouch by holding down. The left-flowing river of water will carry Ninja left into the Power Seal room. Use the Lightfoot Tabi and Cloudstep the lanterns while avoiding various enemies to reach the Power Seal at the top of the room. 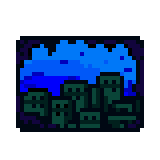 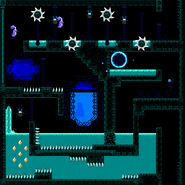 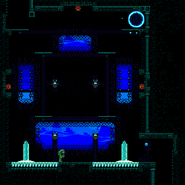 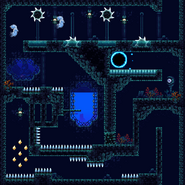 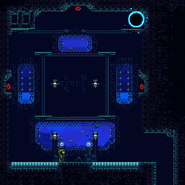 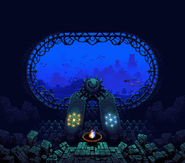