Rochecrossidère is a tiny brown rock ball with a face and two stubby legs. It has red eyes and a red mouth with specks of yellow. Periodically, it retracts its legs and closes its eyes, making it a total ball.

Ice Rochecrossidère is identical in appearance, but it's white like a snowball, and it has blue eyes and a blue mouth.

Rochecrossidère slowly rolls around the circumference of a platform without stopping. Nothing can stop this small ball (except for death). 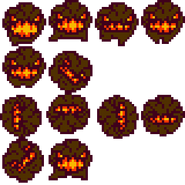 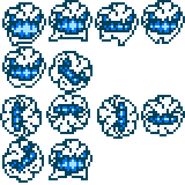