Phobekins are characters in The Messenger. They are a friendly tribe of hard-working builders, each cursed with a unique fear which they are named after. For example, Necro the Phobekin's name is derived from the word "necrophobia," which is a fear of the dead, and Necro himself is afraid of the dead. The other Phobekins, Claustro, Acro, and Pyro, and Alektoro, follow the same naming structure.

Necro, Claustro, Acro, and Pyro are rescued by Ninja during the main game and serve as inventory items necessary to repair the bridge to Forlorn Temple. In Picnic Panic, Barma'thazël kidnaps the Phobekins in order to lure Ninja into a trap.

Phobekins are small creatures that have round black eyes, shiny cheeks, and small hands and feet. They all wear construction worker outfits, with a yellow hard hat, dark jeans, a yellow tool pocket on their belt, and yellow or brown shoes.

Phobekins are generally very cheery, but when they encounter their fear, they freeze up and shiver in fear. They are quick to snap out of their fear once Ninja starts talking to them. Phobekins enjoy repairing and building, and they are especially proud of themselves after they cooperate together to fix the bridge to Forlorn Temple in the timespan of 500 years.

Ninja falls off of Forlorn Temple's broken bridge and down into the Catacombs, encountering Necro, who is shivering in fear. Necro notices Ninja and introduces himself, explaining that he fell into the Catacombs while attempting to fix Forlorn Temple's ruins. He thanks Ninja for snapping him out of his paralysis, and he raises his hammer, teleporting away in a flash of white light. After Ninja gains the power to freely time travel, he can revisit Forlorn Temple's entrance, where he'll see Necro near the empty bridge gap. If he talks to Necro, Necro thanks him yet again for being saved and goes on to say that he's missing his friends, Claustro, Acro, and Pyro (or whichever Phobekins Ninja hasn't collected yet). Ninja must collect the remaining three Phobekins in order for the four Phobekins to work together to fix the bridge to Forlorn Temple.

Ninja travels around the island, one-by-one rescuing the Phobekins who are stuck in precarious situations. Claustro is stuck in a tight space in Bamboo Creek, Acro is stuck on a small platform in Cloud Ruins, and Pyro is stuck on a platform in a room filled with lava on the pathway between Searing Crags and the Underworld. Ninja snaps each Phobekin out of their paralysis, and he asks each of them how they got stuck in such a situation. The Phobekins don't give a straight answer, but they thank Ninja for his help nonetheless, raise their particular tool of choice up into the air, and teleport away in a flash of white light to return to Forlorn Temple.

Five Phobekins enjoy a picnic on Voodkin Shore. But unbeknownst to them, Barma'thazël hides in a bush in the nearby jungle. He grabs a corner of the picnic blanket, upturning the Phobekins' picnic and causing a panic. He uses the picnic blanket as a kidnapping sack, scooping up all five Phobekins. Barma'thazël then walks into the jungle with the sack of Phobekins on his back, leaving behind the sad remains of an uneaten picnic. 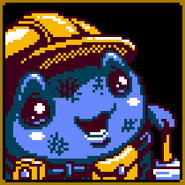 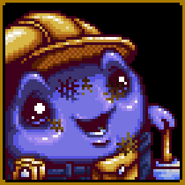 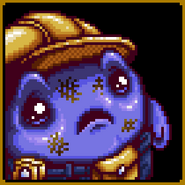 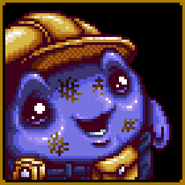 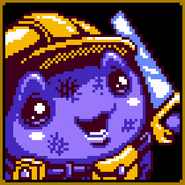 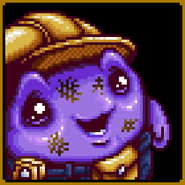 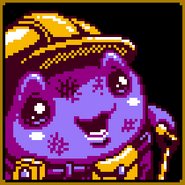 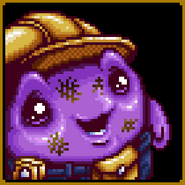 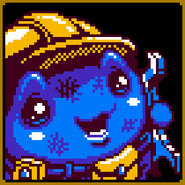 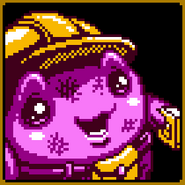 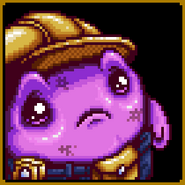 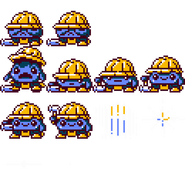 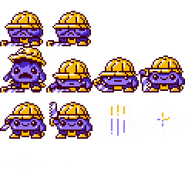 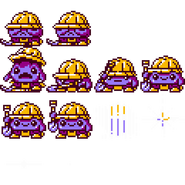 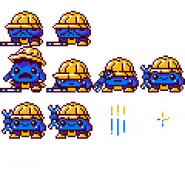 The five kidnapped Picnic Panic Phobekins, with distressed expressions while trapped in a wooden cage.

Spritesheet of Phobekins trapped in a cage.

Teleportation spritesheet of Phobekins trapped in a cage.

"Phobekins_DoTheThing_16.png," unused concept sprites where the Phobekins would have shown moral support during the Picnic Panic final boss fight.

Acro introduces himself to Ninja in Cloud Ruins.

In Searing Crags, Ninja asks how Pyro got so close to the Underworld.

The Phobekins reunited at Forlorn Temple, in the 8-bit era.

Phobekins enjoying a day at the picnic.