Two brothers who like to work out, challenge adventurers, and revel in healthy sportsmanship. They also dabble in cooking and botany.

"LET'S SIT BY THE STEW UNTIL THE THISTLE IS FULLY GROWN!" ― Colos & Suses

Colos & Suses are bosses in The Messenger. Combined, they are the fifth boss of the game and are fought at the end of Searing Crags. The two colossi are brothers and like to refer to each other using alliteration.

Colos and Suses are large cylops-looking creatures. They each have a singular eye, pointed ears, and a large lower jaw with two pointed teeth protruding. The two of them wear minimal clothing, their main article being a yellow loincloth.

Colos is orange, and he has buff muscly arms and abs. Colos's iris is also orange. He has yellow arm bands on his upper arms, and yellow gladiator sandals on his feet. Colos wears a string necklace with five pointy teeth strewn along it. Since he has buff muscly arms, his attacks are mostly arm-oriented and he does lots of push-ups.

Suses is green, and he has buff muscly legs and a big belly. Suses's iris is also green. He has yellow arm guards covering his forearms, and yellow leg bands on his ankles. While not usually visible, a small tattoo heart can be seen on Suses's buttcheek during his loincloth attack. Since he has buff muscly legs, his attacks are mostly leg-oriented and he does lots of squats.

Colos and Suses are carefree bodybuilders who only crave to become stronger. They are pleasant towards Ninja and help him various times on his adventure: hurling Ninja towards Glacial Peak, allowing Ninja to share their flowerbed, and hurling Ninja towards the pathway to the Key of Strength. The two are also extremely patient, not moving a single inch while waiting for their Power Thistle to grow large and edible. But, they can be somewhat thickheaded, as they soon forgot their agreement to call Ninja "The Message-Bearer," and they unwittingly starved to death while waiting for their Power Thistle to grow. They are also slightly oblivious and careless, not immediately noticing Ninja's first arrival, and deciding to toss Ninja to Glacial Peak without waiting for Ninja's approval.

When it comes to strength-related activities, they are very motivated. They engage in combat upon meeting Ninja for the first time in order to gauge Ninja's strength, use their immense strength to toss Ninja to Glacial Peak and the pathway to the Key of Strength on different occasions, and quickly chug down their power-building stew.

Colos and Suses care about each other. If Ninja depletes the health of one of the brothers, the brother who "dies" permanently retires to the background where he remains dizzy. The brother who is still alive will be angry, with steam coming out of his ears as he walks around.

The main guy does 1-3 random attack patterns (no repeats) before he jumps to the center of the screen and high-fives out to swap roles with the helper. Though, if there is at least a 16 HP difference between Colos and Suses, the main guy with lower health will swap out early before even doing a single attack.

It's completely random if Colos or Suses starts off as the main guy, and the duo swap roles. Whoever is the main guy determines the attack patterns.

Suses, who is in the background, tosses over a rock to Colos. Colos stops moving to catch the rock with his arms, then tosses the rock in a straight line towards Ninja. When the rock hits a wall, it splits into four smaller pieces, shooting outward. Colos will switch directions to always face Ninja as he tosses the rock.

Suses, who is in the background, temporarily joins in and appears next to Colos. Colos curls up into a ball and is kicked upward into the air by Suses. Suses jumps straight up into the air and returns to the background. While flying through the air, Colos uncurls from being a ball then bends his arm so his elbow points downward, and he follows Ninja around while body slamming into the earth, bouncing five times. Afterwards, he becomes stunned for a few seconds.

Colos stops moving, legs running in place, and holds his arms up to his face. He then faces Ninja's direction and charges forward until he hits a wall. Afterwards, he becomes stunned for a few seconds.

Colos, who is in the background, will toss over a rock to Suses. Suses faces Ninja's direction, stops moving to catch the rock with his legs, then kicks the rock forwards. The rock bounces a few times, hits the wall, then bounces back towards Suses. After the rock hits the ground three times, it splits into four smaller pieces that fall downward. Sometimes during the return bounces, the rock collides with Suses and breaks apart early, which stuns Suses for a few seconds.

Colos, who is in the background, temporarily joins in and appears next to Suses. Suses curls up into a ball and is served into the air by Colos. Colos jumps straight up into the air and returns to the background. Suses bounces around the arena like a pinball: first, horizontally in upward diagonal lines, then after hitting the ceiling, bounces horizontally in downward diagonal lines. After Suses hits the ground, he becomes stunned for a few seconds.

Suses stops moving, then removes his loincloth to use it like a whip. He attacks the area directly in front of himself, then he re-equips his loincloth. Suses will switch directions to always face Ninja during this attack. This attack does 2 damage rather than the characteristical 1 damage.

After Ninja traverses the majority of Searing Crags, he reaches the shop just before Colos and Suses's boss room. Ninja talks to The Shopkeeper, and Ninja predicts that the boss must be up ahead. The Shopkeeper corrects Ninja and states the bosses are up ahead. Ninja asks The Shopkeeper if he really has to fight more than one boss, and The Shopkeeper replies that it's less of a fight and more like personal training. Ninja is confused, but The Shopkeeper encourages Ninja to continue onward to discover it for himself.

Ninja enters the room of Colos and Suses. In the room is a flowerbed with a tiny pink flower bud sprouting forth from it, and the two colossi brothers, Colos and Suses, who are relaxing next to a pot of simmering stew. Colos and Suses reminisce about humans for a bit until they finally notice Ninja. The duo shout in unison about how they are surprised by this shocking turn of events. Colos and Suses stand up and take a closer look at Ninja, noticing that he bears the scroll. Suses tries to ask Ninja if he's The Messenger but forgets the actual name of this important role. Colos and Suses throw potential names back and forth, trying to remember the title name, and settle on calling Ninja "The Message-Bearer." They decide to test his mettle and engage him in combat.

Ninja defeats the brothers, and they praise Ninja for his strength (while also incorrectly calling Ninja "The Postman"). Colos and Suses decide that they should probably help Ninja reach the top of Glacial Peak, so after a vague warning, they cooperatively chuck Ninja straight up into the sky towards Glacial Peak. Suses states that he's hungry and that they should snack on some stew. But, Colos reminds Suses that they need to wait until the Power Thistle, currently a tiny pink flower bud, fully grows, so they can add the plant to the pot before eating the stew. Suses recalls their promise to wait and states that the Power Thistle's magical properties would surely make the two of them even stronger. The two agree that the stew is going to be extremely delicious, and they shout in unison that they'll sit by the stew until the Power Thistle is fully grown. They sit down next to the stew pot and wait.

After Ninja gains the power to freely time travel, he returns to the room of Colos and Suses. If Ninja returns in 16-bit, the skeletons of Colos and Suses are seen sitting by the stew pot in poses identical to their sitting poses from the 8-bit period, implying they starved to death during the 500-year time gap. Ninja grabs the fully-grown Power Thistle from Colos and Suses's flowerbed and delivers the plant to them in 8-bit. Colos and Suses are shocked, but they gratefully add the Power Thistle to their stew and proceed to chug the stew down. The two of them are quite pleased by their meal, and they test their improved strength on Ninja, tossing Ninja onto the pathway towards the Key of Strength. Colos and Suses agree to take a rest, and, in unison, they shout their gratitude to Ninja.

Also at any point after gaining the power to freely time time travel, Ninja eventually returns to Colos and Suses's room in 8-bit while he has the Astral Seed in his inventory. Ninja then interacts with Colos and Suses's flowerbed, asking the two colossi if he has permission to use a small corner of their flowerbed so he can plant his Astral Seed. Colos and Suses have no qualms and loudly agree in unison that Ninja may use their flowerbed. Ninja plants the Astral Seed, and a tiny green tea sprout appears in the flowerbed. Eventually, Ninja returns to the room in 16-bit and grabs the fully-grown Astral Tea Leaves, which he takes to the Ninja Elder.

After the conclusion of the "Colos or Suses event," the victor, Suses, joined the official The Messenger Discord server on May 10, 2019. He occasionally chatted with Discord members and off-screen to Colos. On October 3, 2019, Suses left the server due to unfortunate circumstances related to punting the server's Scrying Orb. 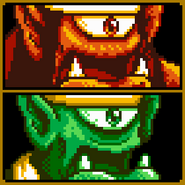 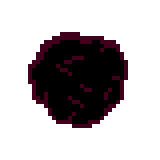 Colos and Suses's rock projectile in the background.

Official T-shirt design for PAX East 2018, which depicts Colos and Suses on the left.

Colos and Suses card artwork from "The Girl and the Robot - The Card Game."

A sneak peak of Colos and Suses, promoting the second stretch goal for "The Girl and the Robot - The Card Game."

Colos and Suses artwork, which celebrates clearing the second stretch goal for "The Girl and the Robot - The Card Game." 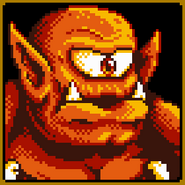 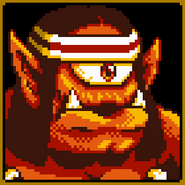 Colos's animation while sitting next to the stew.

Colos's angry walking animation, indicating that Suses has run out of health.

Colos's hurt animation after being stunned.

Colos's animation as he flies through the air.

Colos's push-ups animation in the background.

Part 1 of Colos's rock-throwing animation in the background.

Part 2 of Colos's rock-throwing animation in the background.

Colos's stunned animation in the background, indicating that he's run out of health.

Part 1 of Colos's jumping animation in the background.

Part 2 of Colos's jumping animation in the background. 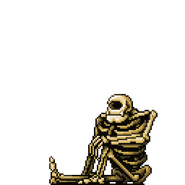 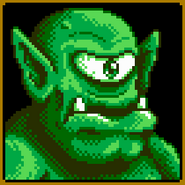 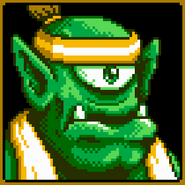 Suses's animation while sitting next to the stew.

Suses's angry walking animation, indicating that Colos has run out of health.

Suses's animation before being punted by Colos.

Suses's animation after being punted by Colos.

Suses's hurt animation after being stunned.

Suses's animation as he flies through the air.

Suses's squatting animation in the background.

Part 1 of Suses's rock-throwing animation in the background.

Part 2 of Suses's rock-throwing animation in the background.

Suses's stunned animation in the background, indicating that he's run out of health.

Part 1 of Suses's jumping animation in the background.

Part 2 of Suses's jumping animation in the background. 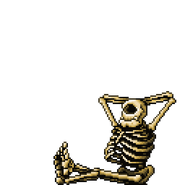